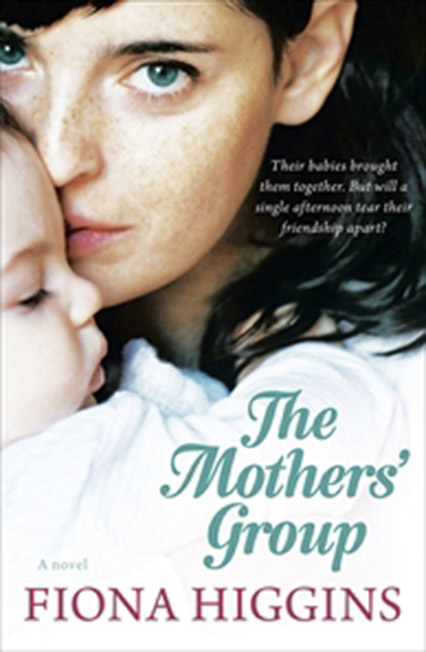 All those things no one ever tells you about motherhood. It’s like secret mothers’ business. Lots of my friends had babies before me, but not one of them ever told me it would be this hard…It’s like a code of silence.’

The Mothers’ Group tells the story of six very different women who agree to meet regularly soon after the births of their respective babies.

Set during the first crucial year of their babies’ lives, The Mothers’ Group tracks the women’s individual journeys – and the group’s collective one – as they navigate birth and motherhood as well as the shifting ground of their relationships with their partners.

Each woman struggles in her own way to become the mother she wants to be, and finds herself becoming increasingly reliant on the friendship and support of the members of the mothers’ group. Until one day an unthinkably shocking event changes everything, testing their bonds and revealing closely-held secrets that threaten to shatter their lives.

What the critics say about The Mothers' Group

It has that capacity that good social novels should have of creating meaning and intensity from what on the surface may appear to be ordinary … Higgins looks at the difficult moment of becoming parents with an unflinching but powerful humanity. Like its Allen & Unwin stablemate, The Slap, The Mothers’ Group is a top-shelf novel about contemporary Australian life.

An enthralling read. Be prepared to burn the midnight oil, as it is impossible to put down.

The Saturday Age, Thuy On

An insightful and sensitively written novel that will resonate with many new (and less new) parents.

The Mothers’ Group provides enough ‘aha’ moments of recognition to make even the most sleep-deprived mum smile. And I should know: I read it while juggling my three-month-old daughter.

Mindfood, April Book of the Month

A gripping read, as you really connect with each character in the story… I read the first three-quarters of the book without putting it down.

This heartfelt debut novel explores how challenging and bewildering motherhood can be – from postnatal depression and incontinence to loss of sexual desire – and how much empathy, reassurance and wisdom can be found in the shared experience of a support group.

A fascinating insight into modern motherhood and fickle family bonds. In a word: provocative.

Compelling and memorable … There is so much to love in this first novel by local author Fiona Higgins.

The Mothers’ Group is an unflinching and compelling portrait of the modern family.

A gripping page-turner that moved Grazia ed Kellie to tears!