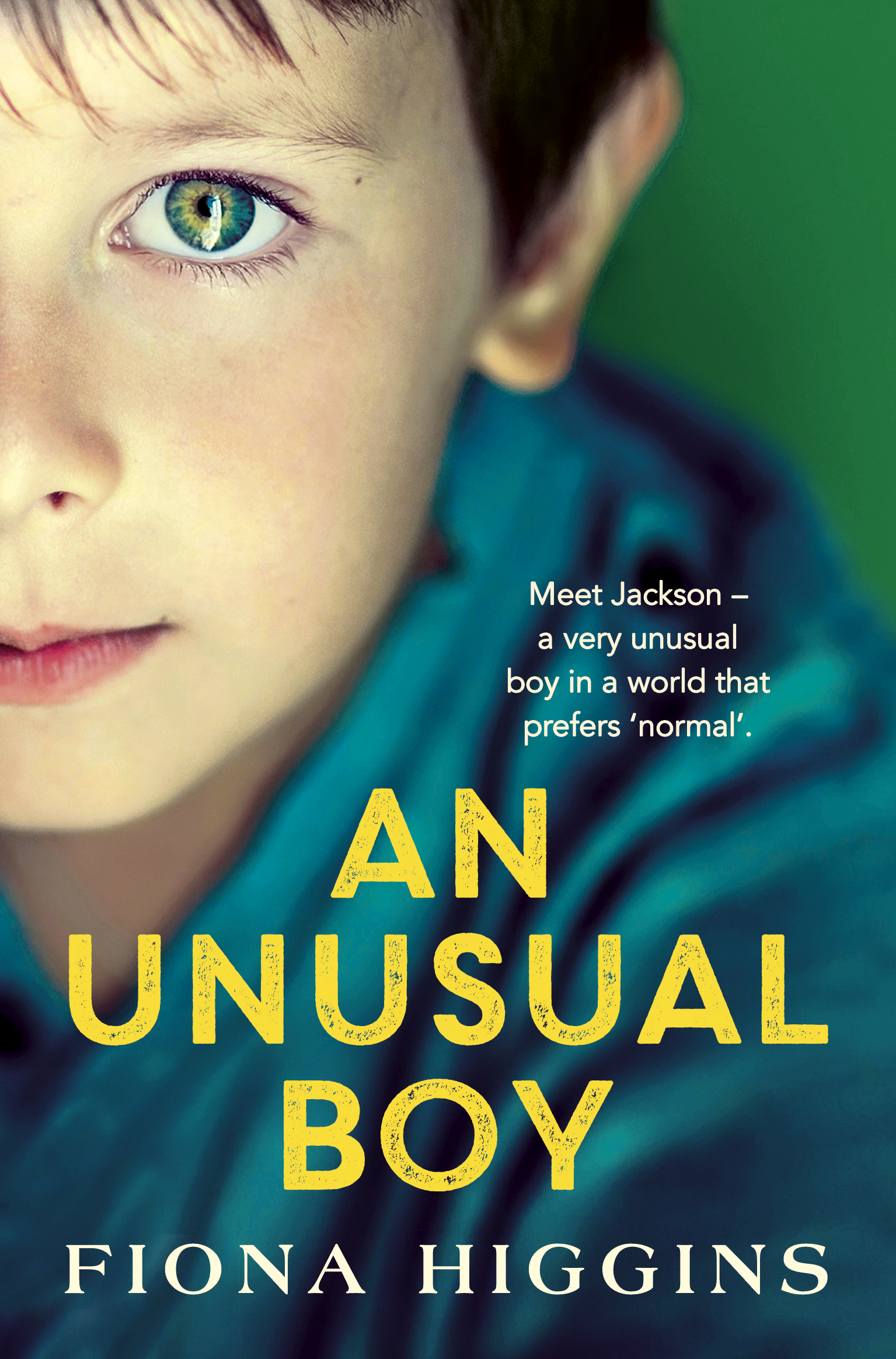 Meet Jackson – a very unusual boy in a world that prefers “normal”.

Julia Curtis is a busy mother of three, with a husband frequently away for work, an ever-present mother-in-law, a career, and a house that needs doing up. Her fourteen-year-old daughter, Milla, has fallen in love for the first time, and her youngest, Ruby, is a nine-year-old fashionista who can out- negotiate anyone.

Then, one Monday morning, Jackson follows his new friend Digby into the school toilets. What happens inside changes everything; not only for Jackson, but for every member of his family. Julia faces the fight of her life to save her unusual boy from a world set up for ‘normal’.

An extraordinary boy. The mother who loves him. The fight of their lives.

An Unusual Boy is a heart-stopping, devastating, but ultimately uplifting story about loyalty, love and forgiveness.

An Unusual Boy is available from Boldwood Books

What reviewers say about " An Unusual Boy", read below or click here.

“Every morning when I wake up, my beans are flying around inside me like popcorn in a pot. They bounce me out of bed and make me want to jump and dance and do a hundred push-ups, even when the rest of the world is sleeping.”

An Unusual Boy is the fourth novel by Australian author, Fiona Higgins. Eleven-year-old Jackson Curtis is a very special boy. He’s also a challenge for his family, but they love him and they’re (mostly) patient with all the tics, quirks, habits, and the routines that seem to follow an inexplicable logic. His little sister likes having a different brother because he’s never boring; she dubs his tendency to do handstands in public places “café yoga”. The family tries to “focus on the one thing we can control: our responses to Jackson’s behaviours.”

Jackson is smart (maybe too smart for the class teacher at his new school?) and he likes chess and soccer, but hasn’t made any real friends because the kids think he’s strange. Except April Kennedy, who’s shy and kind, and Miss Marion, with her rainbow hair and funny socks, who teaches dance.

He’s excited to have a play date with Digby Bianco after soccer on Mother’s Day, but it’s not quite what he imagined, and leaves him unsettled. And the next day at school, something happens that makes Jackson feel very uncomfortable, but he’s promised Digby he won’t tell, and one of their family rules is that they don’t break promises.

Suddenly, the police are involved and Julia Curtis, music therapist and busy mother of three, has to handle everything in the absence of her workaholic husband, temporarily overseas. The fact that “Jackson has always been so literal and linear in his thinking” and his inability to quickly articulate exactly what has occurred (“when people talk a lot, my brain gets glued up. And sometimes when it gets really clogged, I start seeing things in black and white”) works against him, seeing him ostracised.

Julia finds she must push past her exhaustion to draw on the well of strength and inventiveness she didn’t know she had. As the school mothers jump to conclusions and close ranks, Julia is surprised and heartened by support from unexpected quarters. Her usually-disapproving mother-in-law becomes a fierce supporter of her unusual grandson; and the soccer coach and dance teacher remain stalwart in Jackson’s corner.

Higgins effortlessly evokes this familiar setting, her characters are completely believable, and their dialogue that of those people we encounter on the school run, at the supermarket, in the café. Jackson is an utter delight: who could fail to fall in love with a boy who asks “Is time… heavy or light?” When things start to go pear-shaped, it’s hard not to feel anxious for this remarkable boy. It’s almost a privilege to dip into the lives of these characters, and investment in them is well rewarded with humour and wise words.

If this is a cautionary tale about the dangers to children of unsupervised internet access, then it is equally an admonition to avoid xenophobia of any sort: race, colour, creed or simply a different way of thinking, an alternate perception of the world. The common compulsion to “label” is countered by Julia: “Sometimes labels just put special kids in boxes. Sometimes they just give adults an excuse to stop thinking.”

A totally credible tale, funny, thought-provoking, heart-warming and uplifting, contained within a stunning cover designed by Becky Glibbery: this has to be Fiona Higgins’s best yet!

Virginia Lloyd, author of Girls at the Piano and The Young Widow’s Book of Home Improvement

‘An Unusual Boy’ is the unforgettable story of an exceptional child and his flawed but loving family, told with Fiona Higgin’s characteristic intelligence, deep empathy and insight.’

Kylie Ladd, author of The Way Back and Mothers and Daughters.

‘Absorbing, intelligent, moving and real, An Unusual Boy is a novel with both heart and brains… a story tailor-made for our times.’

Sally Hepworth, author of The Mother-In-Law, The Good Sister and many more books.

‘An Unusual Boy is the gripping tale of an exceptional, misunderstood child. It highlights the dark underworld of the internet and the way our systems are set up to serve our least vulnerable members, rather than our most. I found myself glued to this book from start to finish. While reading it, you can’t help but become Jackson’s mother, and the mother of every child who is misunderstood in our society. This book will get people talking for sure.’